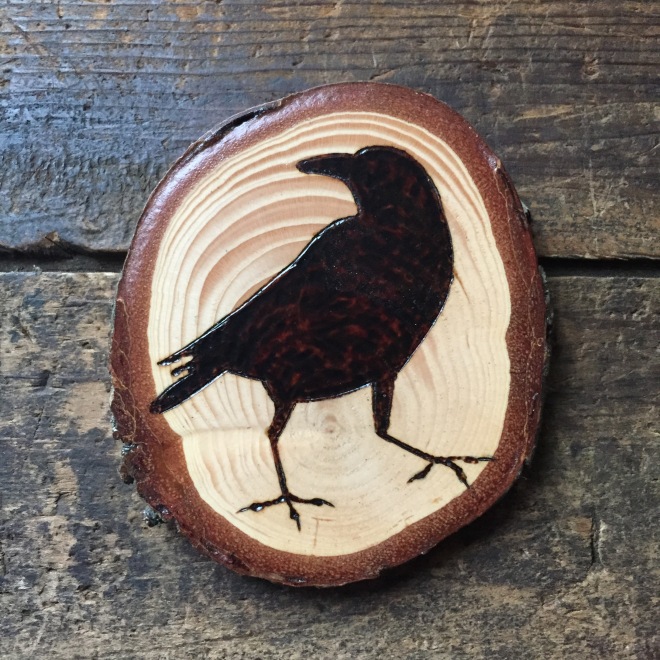 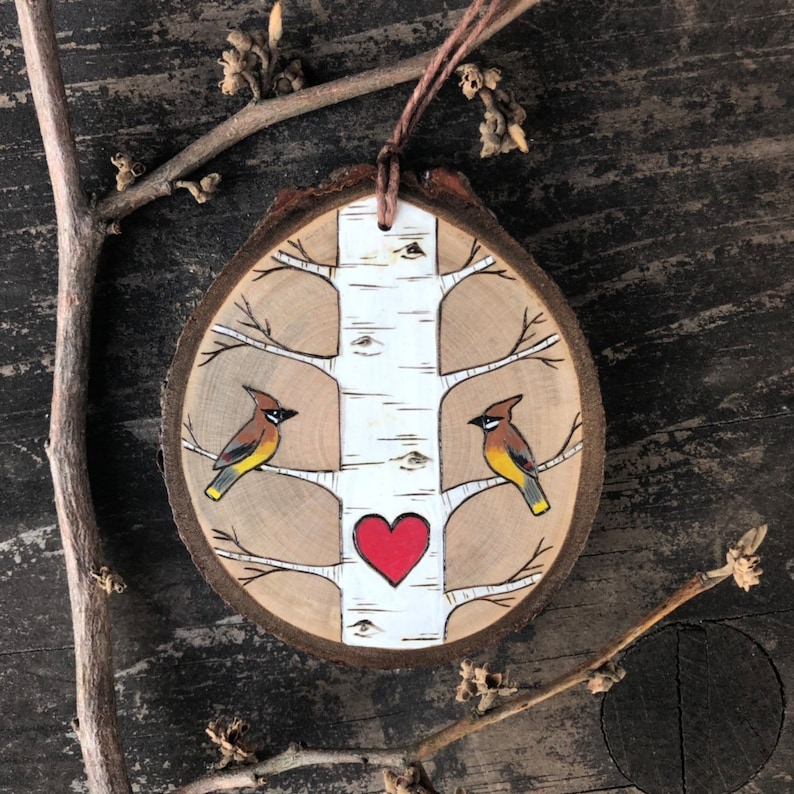 2 new vases in 2 different styles. Both are made with repurposed glasses, one from a ball jar the other from a stemless wine glass. The tops are made from maple and wood turned by Lou in our wood shop. The flowers I picked from the garden creek bed and are Goldenrod, boneset and snakeroot(no aster to go with the song unfortunately) All are native plants that benefit our ecosystem and are lovely to boot. Happy Autumn Equinox! 🌾🌼🍂🍁
Spooky season is almost upon us! Though the murder of crows in my neighborhood hangs out all summer, there is just something about a crow or raven that just cackles the coming of Halloween. This piece has been updated with a picture jasper bead that mirrors the spooky old tree vibe in the wood burning. 🌚🌝🎃